A downloadable otome game for Windows, macOS, and Linux

Fianna is good at anything she puts her mind to — which usually involves trying to max out her stats, inhaling copious amounts of food and doing her best in avoiding getting into Guild House brawls. A pleasant twist of fate leads her to find Cafe Amor and its otherworldly — quite literally — chef, Leon.

Join Fianna and Leon as they face magical beasts, mysterious entities and something far more strange and wonderful than anything they have ever faced: their growing relationship. 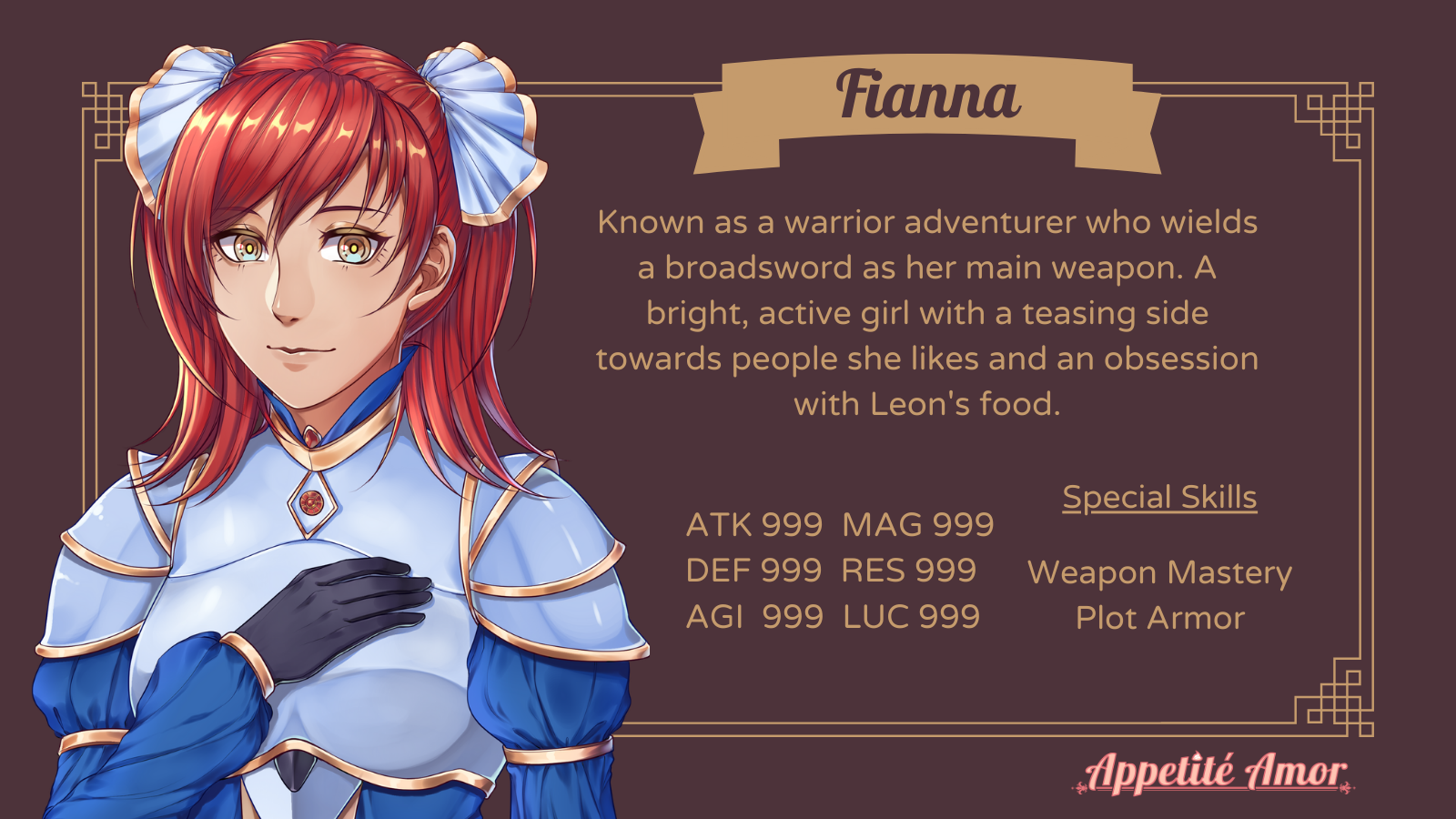 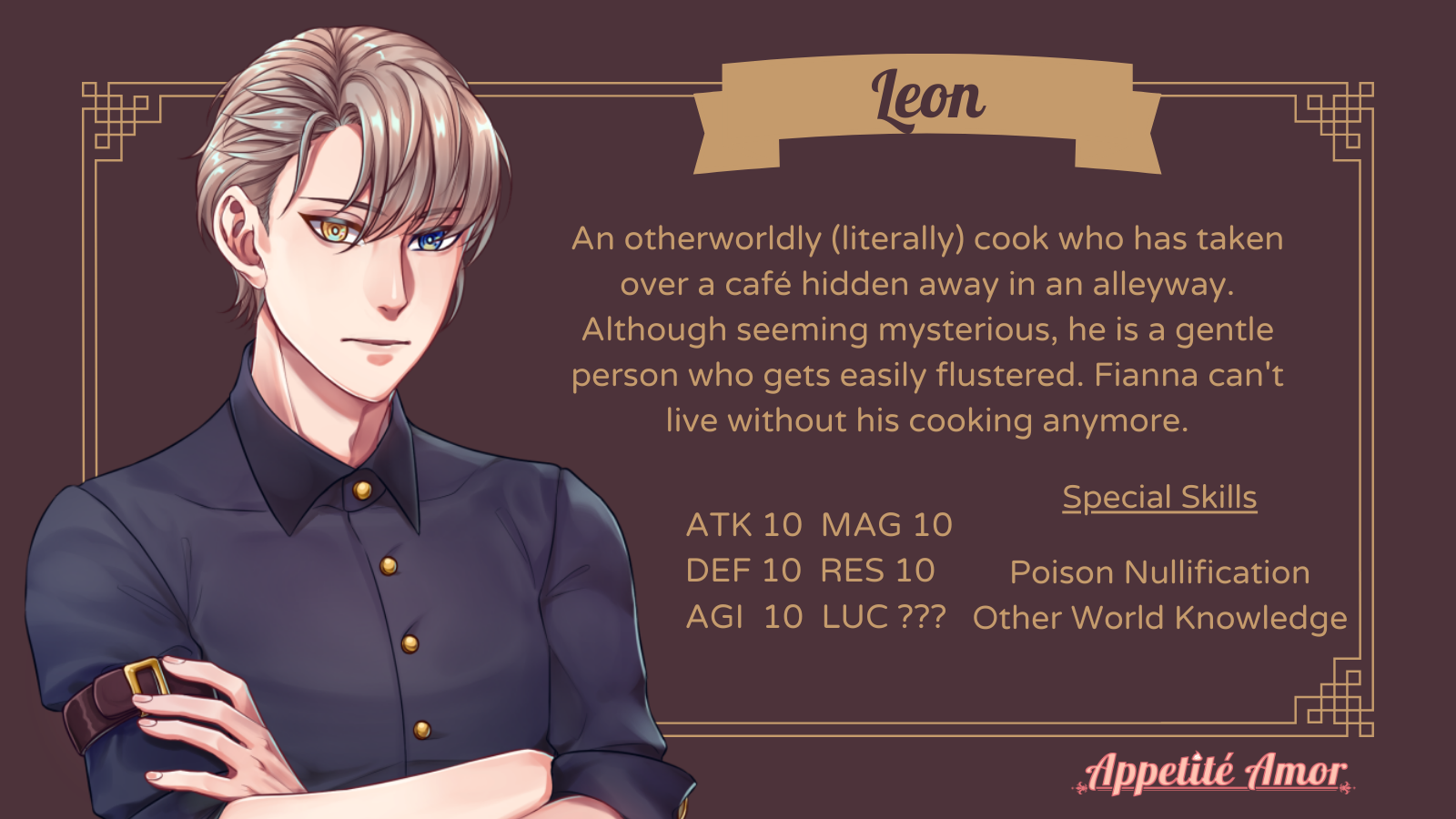 Comment below and tell us your impressions! With your feedback we might expand on the story of Fianna and Leon!

Don't know what to say? How about telling us about your favourite food illustration? Do you like Fianna or Leon more (or both)? The dynamic between them and the little quips and quirks you liked! We'd like to hear your answer ~!

A very charming story, really liked the dynamics between the protagonists, it's very sweet, just like Leon's desserts! The food art is absolutely stunning, though you may have seen me gush over it on discord already! I'd say my favourite is probably the flan and maybe the happy kitty meal time- I'm partial to more realistic-looking foods!

It's however a shame that it's so short! The way some scenes ended or transitioned into other scenes seemed a bit too sudden at times for me, but I can understand that since this was made for a game jam time was short. Since you plan on updating the game, I definitely would love to see more about their first encounter, maybe some more small scenes like the one shown in the flashback of them watching the movie. I'd also love to learn more about Salazar, since they're mentioned so little but seem to be important to Leon. The fact that they disappeared and doesn't reappear would probably hit a bit harder if we knew more about their relationship with Leon!

I probably could ramble for hours but I don't want to write a book of a comment! So I'll end it just saying it was a very fun time and I look forward to seeing more of it, the characters are sweet and charming, and I loved their relationship.

I liked it! It was short and cute, with amazing art and adorable characters :)

Thanks for the comment, we do plan on expanding upon the story in an updated version eventually!

Looking forward to it :)

This was such a cute little game I loved it- the two characters were both so loveable! One question though, how do I know if I unlocked all the endings?

Since the story has only two real endings, there is basically a big difference whether they realized their feelings for each other and have a continued relationship after the forest event or not. And then there is a joke ending you can unlock by just waking up early.

Ah then I've read all the endings, thanks for telling me!

Uhm, I tried to play this since It's finally a vac in my school but I think I had a problem. Apparently, all of the words inside the game are like this. They all were like being shaded and I cant understand it :'<

What OS are you running the game on? If I recall, Windows 11 has trouble with RenPy Games, since there is no support for it yet.

I see, could you make a screenshot of the problem and also check whether you have any special language settings enabled? This could take a little longer to investigate since it's the first time we heard of such a bug. 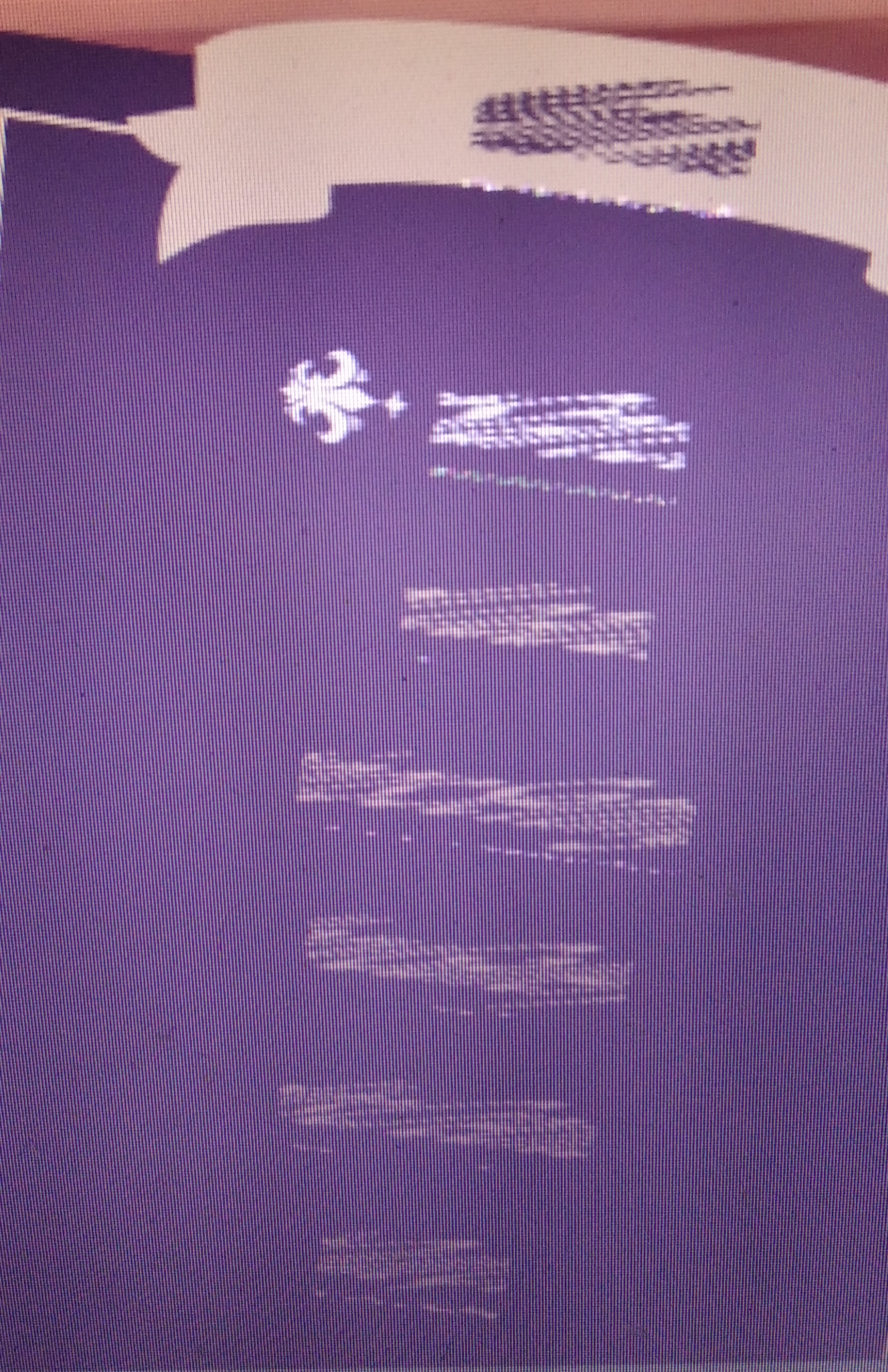 Alright, so it's still unclear what the possible cause is, but the assumption are so far are either your graphics card (which would require an update) messing the text up or the font file being corrupted (in which case you would need to redownload the font and check if it's working as normal in other programs). I require more information based on this problem.

- Does a similar issue occur with games of the same engine? We used Ren'Py to built it.

- Does Anti-Virus detect any files as malware and thus deletes any of the files?

- Is it just the menus or also the ingame text and narration?

- Is anything else weird or broken in some way?

Depending on the issue, I might have to ask more questions later.

It's my day off so I decided to play a few games and I really enjoyed this! The cute cozy vibe, the likeable heroine and the shy love interest is so good!! I would definitely play more if there was. Also loved the art style it's absolutely amazing!

Thanks for sharing your thoughts! We are glad you enjoyed it, and we'll see what more could come as well!

This game was so sweet! I love the cozy vibes of the cafe and Leon is so cute! I would definitely pay to see more of Fianna and Leon! Their dynamic is fantastic! I would love to see how their friendship developed and to hear more about Leon's life in another world! You did a great job making the characters loveable and interesting not to mention the lovely art! Fantastic work!

Thank you for the compliments! We're glad you enjoyed it, and we will take notes for any updates that may come.

Awww this is such a cute and fun little game! Love the relationship between Fianna and Leon, they make such a cute and heartwarming pair~
The story was a sweet, fluffy, lighthearted read~ perfect for a lazy afternoon lol The best parts were probably Fianna teasing Leon and his adorable reactions. Also loved the chill-comfy atmosphere the two characters have with each other, it was refreshing to see a pair that wasn't so nervous around each other that they can't even talk to each other. Actually, it was really nice to just see them be two friends just having fun and then they just happened to fall for each other, haha it's cute.
The art is a 10/10 SOOO PRETTTTYYY!! Damn, love the background art too, it looks so detailed. Of course, love the CGs and the Food CGs too, so vibrant and sparkly~
The music is good too, fit every scene just right~ Also, the gui looks really good, so polished and sophisticated, I liked it, pleasing to the eyes.
All in all, this was a fun experience~ Love the game and the characters! Thank you for this adorable game and great work to everyone who worked on this! Looking forward to more stuff from you guys! <3 (I mean if you plan to make more, no pressure xD )

We are glad you enjoyed your experience! While we as a team gathered only for this project, a few of us do have their own projects that might be a fun read as well!

This was a very cute/sweet little game.

I like the two protagonists together and it is so true what the MC says at the Best End... (i hope i have all ends ;) )

Nice work from the developer Team and really cute CGs

Thank you for the compliments and sharing your thoughts, we're super happy you enjoyed our game!

This was really enjoyable! Love that MC Fianna is confident, capable, and likes to tease, and how adorably blushy and sweet Leon is. This sort of MC/LI dynamic is just what I like - and not one that's seen overly often. Thanks for making and sharing this!

Glad you enjoyed it! And thank you for playing and sharing your thoughts, too!

I really enjoyed this story! I think my favorite food illustration was the first one shown. Leon is my favorite; I'm curious about his backstory among other things...

Thanks for creating such a cute, fun game!

Glad you liked it!

Could you provide us with some screenshots? We'd like to fix it to make sure you and everyone else can play the full game!

This looks so good! The art and character descriptions are so nice! Downloading this now! <3

Hope you enjoy(ed) it! The team would surely like your feedback! 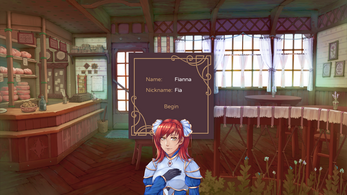 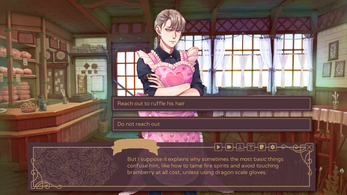 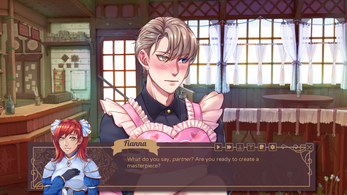 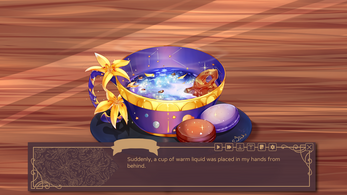 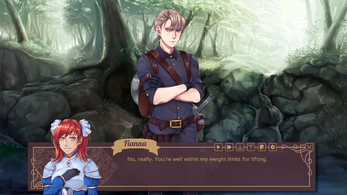