A downloadable game for Windows, macOS, and Linux

Who would buy matches on Christmas Eve? On a cold, snowy Christmas Eve, the girl strikes her first match in the darkness, illuminating memories she’d since buried deep. Will the last matches give her the strength to keep going?

Inspired by the tragic fairy tale by Hans Christian Andersen, together we bring you an alternate story of a maybe happier ending and a happier life for the little match girl.

Please be advised that this visual novel contains mentions and depictions of child abuse, injuries, and the topic of death.

With special thanks to Nai, Katy133, and Devtalk for hosting WinterJam 2021!

Just open the ZIP file with 7zip or Winrar and export it to a folder of your choosing.

Thanks for your game, I like it very much)

I’ve noticed small issue with cg gallery - can’t open one of cg fully(the one with the dance). only part of picture showed up

Hello, thank you for playing! Could you describe what exactly you mean with not opening fully? As in, is it zoomed in on one part and won't change after clicking it? It'd help if you could give us a screenshot to figure out the problem with your next reply, thanks!

Yeah you understood the problem right. Here is the pic after clicking on the small preview. After second click it's closing 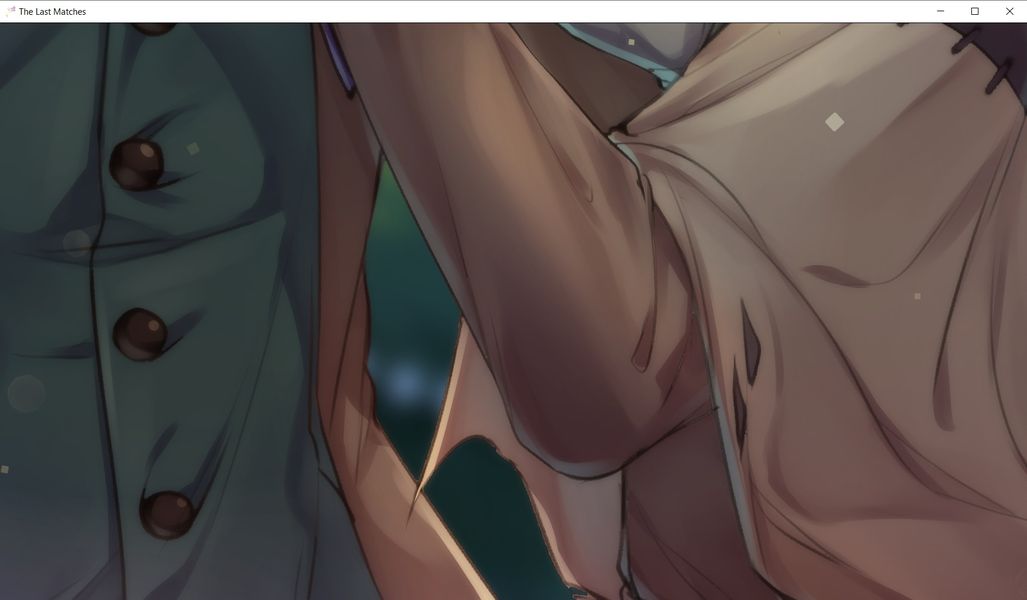 Thank you for the screenshot, the update will take a while since at the current time, the team is occupied, but we have found the issue and should have fixed it now.

The problem should be fixed now and you can enjoy the CG in full view in the gallery! Thanks for providing feedback.

I remember reading this story when i was little, and the ending made me so sad... playing this now, made me very emotional and relieved. I'm so happy with the ending i got, that little angel deservers all the love and care. The music in general made me sob, it was so beautiful! The art... let me speechless. I really enjoyed every second of this. Thank you so much for making such a beautiful game! ♡¸.

Thank you for playing as well and leaving a comment. It encourages everyone in the team to get more stories like this one out there that have just as much of an emotional impact.

Ahh, my tears build up. It was good *sob*

Sounds like our efforts paid off, thank you for playing!

Well, that was devastating. Very well crafted VN though. The art, motion and visual effects were awesome. Great production. But yeah, super sad.

Sounds about right, I'll be a sadist saying that I enjoy that it makes people sad, since that is the initial intention of the project XD Thank you for playing!

This was absolutely beautiful...

I mean, not even we could leave her there XD And thank you!

This is a beautiful visual novel with a lot of polish in the artwork and interface. I enjoyed reading the story. The camera movements were also a very nice touch. Thank you for making this!

Thanks for playing Katy and hosting the jam as well!

This VN is truly a delightful experience. The art and music are gorgeous, and I had no idea it would be this animated so I'm constantly in awe by the visuals. E.g. the depth with the displayables in the scenes and the camera panning, the many different sprite expressions (crying Poppy must be my fav) and animated cold breath.

I kind of stayed up late because I needed to know if Poppy survives and reunites with Ruddy again. It's because I'm familiar with the original story, and there's always the looming tragic thought that everything she sees might just be a fleeting illusion.

Tall man is Thanatos I think because of the butterfly motif? (Admittedly, I only know this due to "Hades")

Ah, poor Poppy, but thanks, we loved to put the details in and give it a polish players would hopefully notice.

Reply
Morthaxifiend327 days ago(+1)
What a beautiful game! The art looks really good. The music was also really nice.

The story was touching and got all the feels out of me. So tragic...sad... a lot of emotions all around.

My video has no commentary or anything, I'm just there to turn the page so to speak.

Great experience, thank you for making this game.

Seeing that the game left a lasting impression, I'm glad we all put our effort in it. Thanks for sharing your thoughts!

This visual novel was very touching. It started to hit me in my feels. I sadly couldn't finish it because I don't feel well. Still, keep up the good work.

Thanks for playing and I hope you'll feel better!

Thank you, I'm just now feeling better so forgive me for the late reply.

100% seen scripts, but still have some questions regarding the tall man XD I suppose he is some God of Death. Overall the art and interface is very pretty! The accordion music is very good I want to start dancing too lol

Initially, it was a stretch goal during development to elaborate more on the tall stranger, but was for now cut off for the sake of polish and finish. Also yes, the composer really did a great job capturing the moments with the music.

Thank you for the kind words!

A nice take on this story. The only thing that bothers me is who exactly was the tall man with the butterflies? Was he God as her father said? Was he death? An angel? Or is he someone else?

Telling in the comments would be a spoiler for people, so I can only give the hint to look into symbolism and especially his connection with the butterflies more.

So beautiful and so heart-wrenching T-T
Great game, I was moved to tears by it.

Poppy does deserve the happy ending :)

Great to hear that and

Ooh, I've always loved this bittersweet story, and your take on it is fabulous! Somehow I really enjoyed Poppy's snot face :D And the eyes, the eyes..! *_*

Real tragedy isn't all kirakira anime tears after all.

The Last Matches tries to give The Little Match Girl a happier ending, and in some ways succeeded, but her journey is still full of hardships and sorrow. Our story starts off simple, with Poppy trying to sell some bundles of matches before the holidays. With it getting late, she slips into a nearby alcove and lights a few to keep her warm, and with them, memories of the past flood her mind.

Poppy's tale features more tragedy to me, than it ever did happy moments. From losing a loved one, to having an absent Dad. Both situations that I can relate to personally. I became stuck on the many bad things that happen to her before she ever has a glimmer of true happiness later in life. The CG's are comforting, and I included what many would consider a spoiler for the thumbnail of my video to remind anyone who watches that there are moments of joy in it. I felt often that her situation was hopeless while playing, and most of the game is that way. My playtime came in just above the hour, and fifteen minute mark. Plenty of time to give you two endings, one of which is faithful to the original work, and the other which gives much needed relief from the many heart wrenching scenes you'll have to watch.

This is a well designed Visual Novel, I had mixed emotions after playing it which made it one of my harder reviews to write. Perhaps that is just a testament to the quality of the game, because I had to really think and digest it after playing.

Glad to hear it left a lasting impression on you, thank you for sharing your experience with us!

This was so sweet! I absolutely love the aesthetic created by the art and the music - it matches the mood of the story perfectly. Poppy and Ruddy's relationship was such a highlight as well. Got Ending A, which I'll take as a win. Overall, this had such a polished feel to it, so kudos to y'all. Thanks for creating this! :)

Thank you for playing as well! Believe me when I say that my own playtests consisted of me screaming their names while wailing. 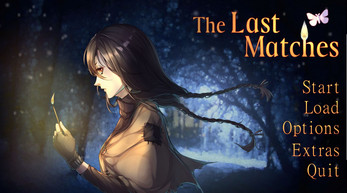 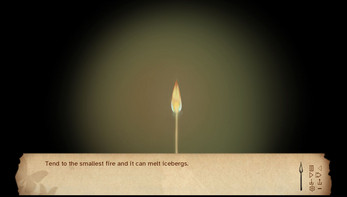 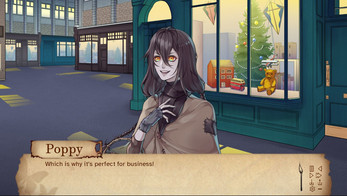 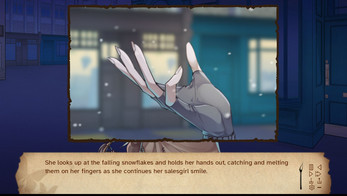 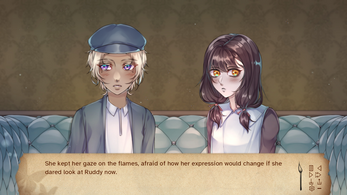